No items found.
Product is not available in this quantity.
SUBMIT NOW
Submit your work
POSTALL VOL.4

Liminality and the potentiality of the in-between 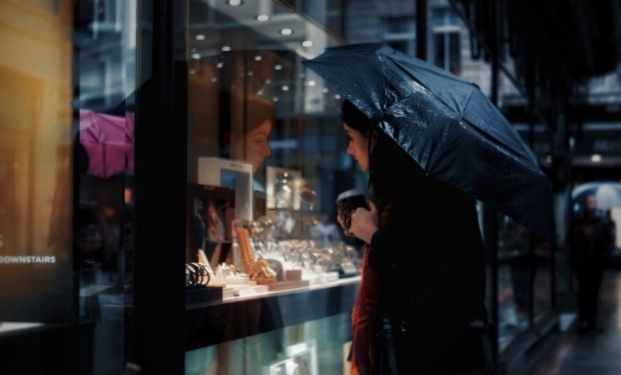 Change. It defines who we are, what we live and how we see the world.

It allows us to grow as human beings. To witness the four seasons.

To welcome and to say goodbye. Yet, even though, as Greek philosopher Heraclitus wrote, "change is the only constant in life", most of us have not yet found a language to cope with it.

Change. It defines who we are, what we live and how we see the world. It allows us to grow as human beings. To witness the four seasons. To welcome and to say goodbye. Yet, even though, as Greek philosopher Heraclitus wrote, "change is the only constant in life", most of us have not yet found a language to cope with it.

Oftentimes, change sweeps us off our feet. It destabilizes us when we are trying to grow roots. This is something we have all noticed during the pandemic in an extreme way. We are suddenly not in control over the boundaries and structures in which our lives unfold. Suddenly our way of working, caretaking, relating and overall living has transformed. Our plans have changed. Change has become our plan.

On a daily basis, we get exposed to all sorts of instruments that claim to help us deal with experiences of change. There are tons of self-help books that lay out a vast array of exercises and tools that claim to help us take 'back' control over our lives. People visit coaches, shamans and psychologists to receive support in dealing with change. Even though these efforts can help us get back on our feet, this is often only temporary… until another wave of change knocks on the door.

An insightful and inspirational concept is 'liminality'. Liminality refers to an experience, state or period of in-betweenness. Originally rooted in Anthropology, in the works of van Gennep (1960) and Turner (1976), the concept has been used to grasp people's experiences during a rite-de-passage, a transition rite such as marriage, a bar or bat mitzvah or a coming of age ritual.  In such moments, we transition from one state to another state in a specific social-cultural context.
Later the concept has been used more broadly. Rather than referring to religious and highly cultural transitions, it has been applied to all sorts of contexts that can be described as 'in between'.

For example, liminality has been used to explain organizational phenomena such as  consultants who work neither in nor completely outside of their clients' business. Or, creatives who develop new concepts, products or services such as an architect for example  develops prototypes for new buildings. In doing so, they depart from existing states ('what is')  to a new state ('what will be'). Most of the work of architects, hence, is in a liminal state and focused on 'what can become'.

Liminality, as a broad expression of 'the in between' and therefore can be used to describe all sorts of contexts. Moving beyond such interesting discussions on definition, what is interesting about the concept is its application. Liminality, in a way, tells us a story about potentialities. It is a realm of possibilities: nothing is and everything can become. It is a place of imagination. Of ambiguity.

Being in between can be inviting. As you are out of your comfort zone, it can trigger creativity and make you see the world with new eyes. Also we can experience feelings of freedom as we are removed from previous structures, such as institutions, societal expectations and judgements which normally order the world in which we live. It can create feelings of togetherness, as liminality is often experienced in a social setting. It makes people aware of their social identity, being part of a community.

Even though liminality can evoke all such sorts of positive and happy feelings, it also has a dark side to it. It can be uncomfortable to be in the between. There is no right or wrong. Not having such structures can be frustrating. One can get easily overwhelmed and experience chaos, fear and even despair. We all have been in such places in which letting go and trust is a hard thing to do.

There is still a lot to learn about what liminality is, what it can be, and how we respond to it. Naming feelings of in-betweenness in periods of change 'liminality' might be a first step. It can help us to better understand what we experience and thereby giving us a starting point, like a point of vision on a misty day.

When liminality becomes part of your vocabulary, you start to see it everywhere. Because change is defining our existence, liminality is something that we cannot escape. Is liminality something perpetual, or is it temporal and will it necessarily transpass?

Liminality helps us to escape the binary systems we create for ourselves. We ought to see 'success' or 'failure'. Something as 'good' or 'bad'. An act as 'right' or 'wrong'. Yet, it requires no explanation that in a world as complex as ours such generalizations - or failure to see the nuances - is too simplistic. Reality exists out of various gradations. It is in the details, the nuances, the in-between in which our lives unfold.